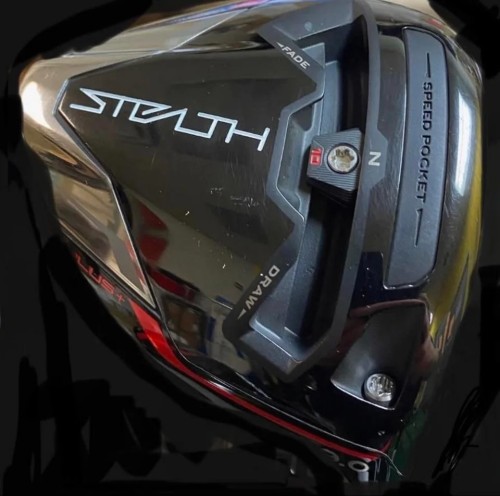 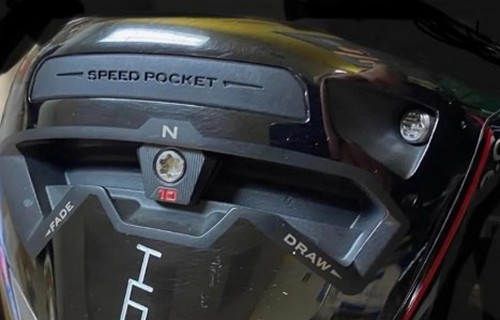 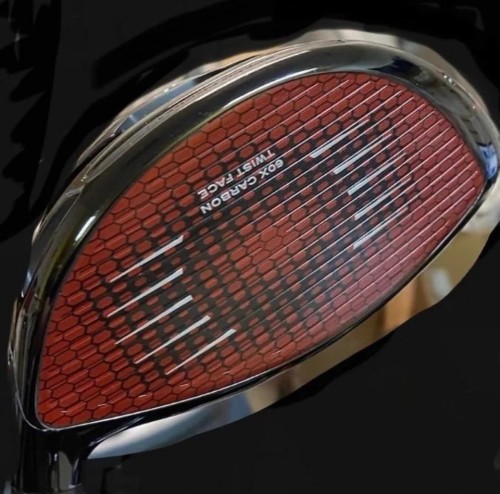 “STEALTH Stealth” is rumored to be a tailor-made new work in 2022.

There is also information that I actually saw it overseas, and photos of the driver are posted on overseas sites.

A stealth driver that is said to be a tailor-made new model for 2022.

And, the photograph of the driver head actually marked STEALTH instead of SIM was confirmed on the overseas site.

The front of the sole is equipped with a rail-type weight adjustment function that is familiar to tailor-made drivers.

It is called MVT (Movable Weight Technology), and the weight can be moved steplessly on the rail to adjust the center of gravity.

Previous tailor-made drivers always had a weight adjustment feature on athlete models such as the M3, M5, and SIM, but not on the 2021 SIM2.

It seems that there were many requests from golfers to install the MWT, so there is a possibility that it was re-installed by incorporating such voices.

Is it significantly lighter with a carbon face?

Another image is posted, which shows the face surface.

There was information that the stealth driver was red, but it seems that the entire face surface is red, not just as an accent color for the body.

And, “CARBON” is written on the face surface, and as expected in advance, even the face is carbon.

In the 2021 SIM2, carbon has been adopted for the entire sole, but at the same time, aluminum parts have also been adopted.

It is still unclear whether the face is made of carbon, whether it is full carbon, or whether the aluminum frame will continue to remain.

Two types, PLUS and MAX?